Ubuntu 7.10 Gutsy Gibbon makes its way into desktops, our hearts 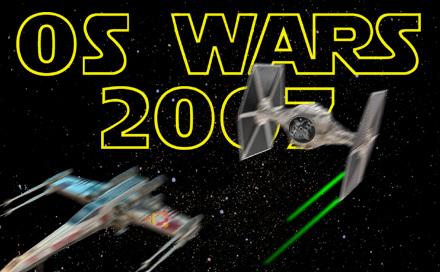 2007 is definitely shaping up to be the year of the desktop OS: between Vista's much ballyhooed and better-late-than-never launch (and subsequently pending SP1 release), Apple's behind-schedule but super hyped release of Mac OS X Leopard, and unlikely upstart and fan fave Ubuntu's forthcoming Gutsy Gibbon launch. So, what's it gonna be?

%Poll-4300%
In this article: gutsy gibbon, GutsyGibbon, leopard, linux, os, os x, OsX, poll, tiger, ubuntu, vista, windows, xp
All products recommended by Engadget are selected by our editorial team, independent of our parent company. Some of our stories include affiliate links. If you buy something through one of these links, we may earn an affiliate commission.
Share
Tweet
Share