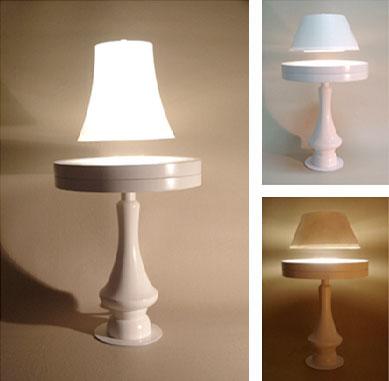 We haven't heard of Dutch design outfit Crealev before, but the company says it's developed a "new levitation concept which is able to produce a very high levitation height combined with a low power dissipation and excellent stability" -- and apparently the best way to show that off is this series of levitating lamps. Unveiled at last week's Dutch Design Week event, the lamps are the product of designer Angela Jansen. We're assuming they're magnetic in some way, but Crealev's website is pretty cagey with the details, only saying that it's a "proprietary technology." Either way, we want one.

Read -- Crealev website
Read -- Video of the lamps in action
In this article: angela jansen, AngelaJansen, crealev, levitating lamp, LevitatingLamp, levitation
All products recommended by Engadget are selected by our editorial team, independent of our parent company. Some of our stories include affiliate links. If you buy something through one of these links, we may earn an affiliate commission.
Share
Tweet
Share