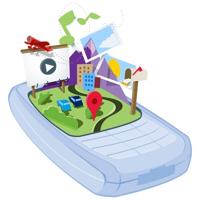 Carefully orchestrated announcements for broad, sweeping initiatives like the one staged by Google today don't always do a great job of diving straight into the meat and telling it like it is, so we thought we'd boil down the Android and Open Handset Alliance sitch as best we could into a tight, easy to digest series of bullets. If this list is still wider than your attention span, though, just know this: you can pick up your Google-powered phone in the latter half of 2008.

In this article: android, cellphone, google, gphone, linux, open handset alliance, OpenHandsetAlliance, phone
All products recommended by Engadget are selected by our editorial team, independent of our parent company. Some of our stories include affiliate links. If you buy something through one of these links, we may earn an affiliate commission.
Share
Tweet
Share