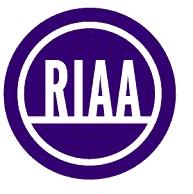 Sure, we've heard RIAA-admiring lawyers affirm that ripping your own CDs is in fact "stealing," but it seems the aforementioned entity is putting its money where its mouth is in a case against Jeffrey Howell. Reportedly, the Scottsdale, Arizona resident is being sued by the RIAA, and rather than Mr. Howell just writing a check and calling it a day, he's fighting back in court. Interestingly, it seems that the industry is maintaining that "it is illegal for someone who has legally purchased a CD to transfer that music into their computer." Ira Schwartz, the industry's lawyer in the case, is arguing that MP3 files created on his computer from legally purchased CDs are indeed "unauthorized copies," and while we've no idea what will become of all this, we suppose you should go on and wipe those personal copies before you too end up in handcuffs.

Update: We got some more info on the case -- it looks like Jeffrey's actually being sued for illegal downloading, not ripping, but this whole "ripping is illegal" tactic is still pretty distasteful. Check out this post for the full story.

In this article: drm, lawsuit, legal, portable audio, portableaudio, riaa, sue, suit
All products recommended by Engadget are selected by our editorial team, independent of our parent company. Some of our stories include affiliate links. If you buy something through one of these links, we may earn an affiliate commission.
Share
Tweet
Share