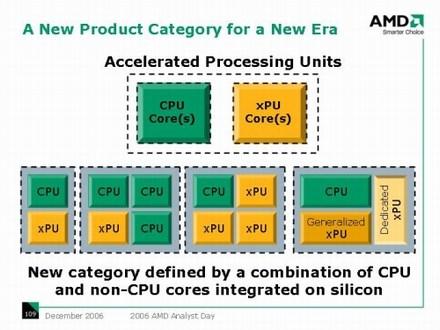 At this point we've heard so much and seen so little of AMD's Fusion hybrid CPU / GPU chip that we're honestly starting to consider it vapor -- AMD first announced it in 2006, after all. Still, the company's VP of marketing chatted up PC World about new Fusion chips today, saying that a 45nm notebook-optimized version codenamed "Swift" based on the Phenom core would be the first off the line. That doesn't line up with the last roadmap we saw out of Sunnyvale, which had the first Fusion chip based on the workstation-class Bulldozer core, but hey, we'll let AMD say whatever it wants, just as long as see some actual chips sometime soon.
In this article: amd, bulldozer, fusion, phenom
All products recommended by Engadget are selected by our editorial team, independent of our parent company. Some of our stories include affiliate links. If you buy something through one of these links, we may earn an affiliate commission.
Share
Tweet
Share