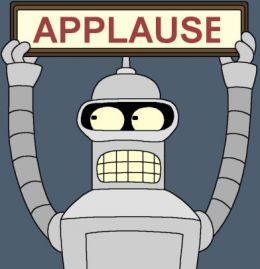 We've always heard that there's no need in regretting, and apparently, Toshiba is following said mantra after the collapse of its beloved high-definition movie format. In an interview with TechRadar, Toshiba's deputy general manager of HD DVD Olivier Van Wynendaele stated that it "wouldn't change anything that it did," and continued on to say that "circumstances saw to it that [Toshiba] had to make the decision not to continue, but that doesn't mean [the company] did anything wrong." Just in case you couldn't already sense the inability to swallow one's pride, Mr. Van Wynendaele also proclaimed that its format was "a finished standard, unlike Blu-ray," and concluded by noting that HD DVD was still "better than Blu-ray." Maybe he really didn't get the memo?

[Image courtesy of Bexhuff, thanks David]
In this article: failure, format war, FormatWar, hd, hd dvd, HdDvd, toshiba
All products recommended by Engadget are selected by our editorial team, independent of our parent company. Some of our stories include affiliate links. If you buy something through one of these links, we may earn an affiliate commission.
Share
Tweet
Share