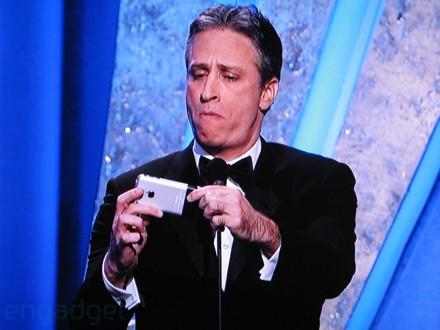 We keep on telling people that the iPhone and Wii are like totally going to be huge, but maybe they'll finally believe us now that Jon Stewart trotted both out on stage during the Oscars this year. Oh, and perhaps now would be a good time to remind everyone that voting is still open on the 2007 Engadget Awards. (Wii shots after the break.)

In this article: apple, iphone, jon stewart, JonStewart, nintendo, oscars, wii
All products recommended by Engadget are selected by our editorial team, independent of our parent company. Some of our stories include affiliate links. If you buy something through one of these links, we may earn an affiliate commission.
Share
Tweet
Share