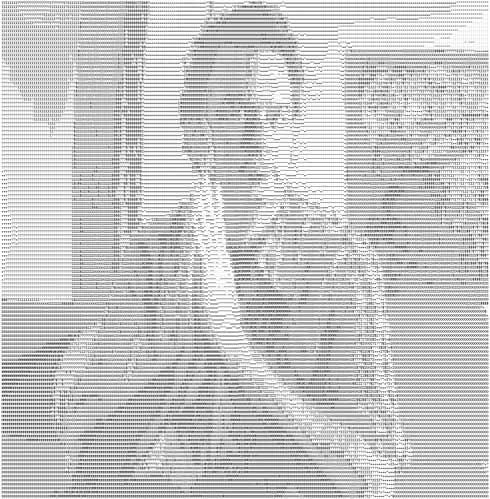 Alright, Tim Schafer, you win. After targeting various industry folks with a typically contrived adventure game puzzle and then assembling their responses in our GDC Quest Quiz feature, we simply weren't prepared for your relentless response to our silly challenge. Not only did you trick us into doing all the hard work, but you successfully navigated through our made-up-as-we-went-along chicane of bizarre logic. But don't grow complacent in your victory -- we'll get you next time.

The Player
Double Fine's Tim Schafer, designer of Full Throttle, Grim Fandango, Psychonauts and upcoming god of gwar epic, Brütal Legend. Prior to the release of those games, he worked on The Secret of Monkey Island, Monkey Island 2 and Maniac Mansion: Day of the Tentacle.

The Puzzle
You're standing in front of a cave. The goal is to get inside the cave, taking care to foil the ferocious robot bear guarding the entrance first.

The Inventory
Make your way past the break to read our adventurous e-mail exchange.

The Solution
Joystiq: Essentially, I asked several adventure game connoisseurs to solve a really obnoxious puzzle and generally just give us a glimpse into their thought processes (if any). If you have a few moments to spare, I'd love to get a potential solution from you.

[At this point, we realize Tim is actually playing our imaginary adventure, text-adventure style.]
Joystiq: It asked me to insert the second disk -- I don't know how to deal with this.

Tim: I can't go north?
Joystiq: Okay, I've inserted the second disk and you've gone north. Not sure how helpful that was, as you just took a step closer to the ferocious robot bear.

You peer into the glowing red eyes of the mechanical bear, curious about the purpose such a dangerous contraption could possibly serve. You briefly wonder if there are any robot trout nearby.

The mailbox contains ... mail. You don't know why you were expecting anything different.

"You may already have won* ONE MILLION DOLLARS!"

*an opportunity to be eligible to win a chance at winning the possibility of winning.

>examine sealed manila envelope
You open the envelope and reach deep inside. Like, really deep. It seems the interior of the envelope, err, envelops a magical and infinite amount of space. You could pull anything out of this thing, you reckon.

You tumble head first into the envelope, frantically grabbing the air in an embarrassing attempt to stop your weightless, ceaseless spinning. Your hand finally grasps onto something ... something that smells of liquorice.

You give the liquorice a good tug, but it refuses to budge.

>examine liquorice
The strand of liquorice is quite thick, barely allowing your hands to meet on the other side when you wrap your arms around it. You figure that hugging a giant piece of liquorice is pretty reflective of your feelings toward the candy, but also wonder where exactly the delicious rope leads.

The weightless environment and its complete ignorance of your pitiful upper body strength greatly eases your ascent up the liquorice rope. Your climbing ceases when you reach a metallic, circular door.

You push on the door and suddenly find yourself sliding out of a bank vault. Alarms are blaring and security guards have their guns aimed at all of your crucial organs.

[Here, we were in an airplane and unable to promptly respond to Tim's entry.]

Man, this game takes forever to save.
Game saved. Finally.

>use macaroni statue with guards

You hurl the macaroni statue at a guard's head, watching as it bounces off and shatters into pieces on the vault's cold floor. Initially, the guards were just angry. Now you've made them angry AND confused.

As you reach for the parasol's conspicuous handle, the guards panic and rush you. Within seconds the entire group is unconscious, quite literally slipped up by bits of hard macaroni gliding across the marble floor. Though you've made it pasta this obstacle, you'd best consider an escape route if you don't want to wind up in a penne-tentiary.

You glimpse a doppelgänger, playfully mimicking your every move! No ... no wait. There's just an awfully shiny marble wall on this side.

You run your hand across the icy surface of a metallic safety deposit box, remarking at the carelessness required to leave the key jutting out of it.

You scoop up the tiny guards in one motion and deposit them safely into your pocket.

Are you sure you want to do that? You may want to save first.

>give rubber chicken to tiny me

You clumsily try to hand over the rubber chicken, but only end up crushing your tiny self beneath a mountain of artificial poultry. Whoops.

>get tiny dead me

The sight of your lifeless body dangling from your fingertips proves to be quite disturbing as you pick the tiny corpse up and drop it in your increasingly crowded pocket.

You take a step through the vault door and once again go tumbling past the strand of liquorice, into a realm of weightlessness and nonsense.

>use rubber chicken with liquorice

The rubber chicken's pulley snaps right onto the liquorice rope, with the resulting click acting as the strange device's triumphant declaration: "This is my purpose!" You glide along the rope for several minutes before landing on soft, squishy ground. You hear something humming nearby.

You see an office cubicle containing a swivel chair and a lone computer on a desk.

The computer awakens. Displayed on the monitor is a single line of text, patiently awaiting an answer. "TELEPORT DESTINATION>...."

You dramatically strike the ENTER key... and nothing happens. A puff of smoke emerges from the computer, a clear signal that something's gone wrong. Maybe you can fix it?

- Parasol (perforated)
- Rubber chicken with a pulley in the middle
- Handful of unconscious, miniature security guards
- Your own tiny, dead body

After giving the handful of guards a good shake (a hand ... shake) to wake them up, you place them near the back of the computer. Completely intimidated by your enormous size, they raise no objection as you usher them into the casing. "Fix it!" you bellow. Quite miraculously, they do -- but only after several are run over by a bus.

In your hopes of entering the cave, you enter "cave" (and then cave in the "enter" key). There's no bright flash. No smoke. Not even a "Poof!" You're once again standing in front of the only cave you'd ever recognize -- the one guarded by a robot bear.

With two metallic chomps, the bear devours your diminutive doppelgänger. You can't quite be certain due to its lack of facial tissue and emotion, but you think it enjoyed the me-al. The result of your action is this: Having matched the complete genetic configuration of tiny dead you with large alive you scanned earlier, the bear now considers every instance of you deceased and consequently non-threatening. You have essentially been rendered invisible to the bear's scanners.

You enter the cave and are quite likely to be eaten by a grue.

In this article: Brutal-Legend, BrutalLegend, Double-Fine, DoubleFine, Full-Throttle, gdc-quest-quiz, Grim-Fandango, Psychonauts, Tim-Schafer, TimSchafer
All products recommended by Engadget are selected by our editorial team, independent of our parent company. Some of our stories include affiliate links. If you buy something through one of these links, we may earn an affiliate commission.
Share
Tweet
Share