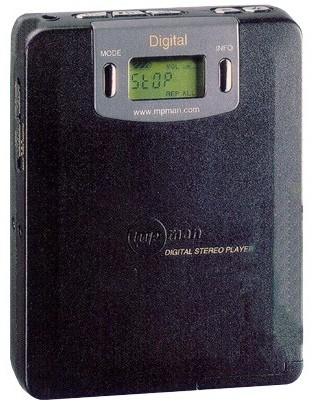 Odds are, you take your iPod or Zune for granted. You probably don't think about the crazy technological advancements we've made, but take a ten-year look back at the world's first MP3 player -- the MPMan F10 -- and you'll get a sense of just how far we've come. Manufactured by Korea's Saehan Information Systems, the device was launched in March of 1998 at CeBIT, and went on sale in the Summer through Eiger Labs for $250. The player featured 32MB of flash memory (which could be upgraded to 64MB via mail-in scheme), connected to PCs via parallel port, and had a miniscule LCD for playback info -- but it laid the groundwork for the tech we have today. Following the MPMan's release, Rio unleashed its PMP300, which received a warmer reception and all-but eclipsed the F10's status as "first" amongst players, likely due to the company's well-known (and groundbreaking) legal battle against the RIAA. Still, first is first, so help keep the MPMan's rich history alive, and celebrate its ten-year anniversary this month with campfire songs and story-telling. Check out the archived read link of the original Eiger Labs site for a wild and wacky trip through time.

[Via Register Hardware]
In this article: 10th birthday, 10thBirthday, birthday, dap, eiger labs, EigerLabs, f10, media player, MediaPlayer, mpman, pmp, portable audio, portableaudio, saehan information systems, SaehanInformationSystems
All products recommended by Engadget are selected by our editorial team, independent of our parent company. Some of our stories include affiliate links. If you buy something through one of these links, we may earn an affiliate commission.
Share
Tweet
Share