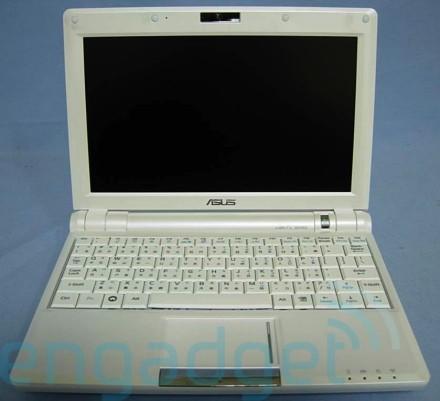 Eee fans, your second-wildest dream has just come to pass. ASUS' next version of the mini-laptop has hit the FCC, and we've got the pictures to prove it. Yes, as we speak (possibly, but maybe not) inspectors from the agency are poring over details of the 9-inch, second generation system -- referred to here as the Eee 900 -- desperately hoping that none of its radio waves do anything funky to anyone else's radio waves. There's no secret-sauce WiMAX or drastic changes we can see, though the manual does make mention of "multi-finger gesture input," which will apparently provide the ability to zoom in, zoom out, and do familiar two-finger scrolling on the newly resized trackpad. Check the pictures in the gallery for loads of looks at the new entry, including a view of its insides that'll make your eyes water. 29
In this article: 9-inch, 900, asus, breaking news, BreakingNews, eee, eee pc, eee pc 900, EeePc, EeePc900, fcc, pictures, teardown
All products recommended by Engadget are selected by our editorial team, independent of our parent company. Some of our stories include affiliate links. If you buy something through one of these links, we may earn an affiliate commission.
Share
Tweet
Share