Missouri wants to bring Hyperloop to the midwest 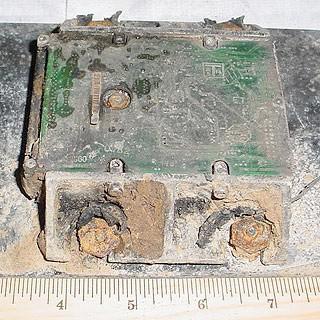 Although it's been several years since the Space Shuttle Columbia disaster, it looks like some of the data gathered during the orbiter's final mission will be put to good use. A hard drive salvaged from the wreckage contains the results of an experiment to study the way xenon gas flows in microgravity, and the results were published in the April edition of a journal called Physical Review E. The 400MB Seagate drive was originally thought to be destroyed, but workers and engineers reconstructing the orbiter from the remaining debris found it during the process and sent it off for recovery, where 99 percent of the data was extracted. It then took several years for lead researcher Robert Berg and his team to analyze the findings, but they're happy with the results -- we only wish they hadn't come at so dear a price.

[Thanks, Laura]
In this article: columbia, nasa, seagate, space, space shuttle, space shuttle columbia, SpaceShuttle, SpaceShuttleColumbia
All products recommended by Engadget are selected by our editorial team, independent of our parent company. Some of our stories include affiliate links. If you buy something through one of these links, we may earn an affiliate commission.
Share
Tweet
Share