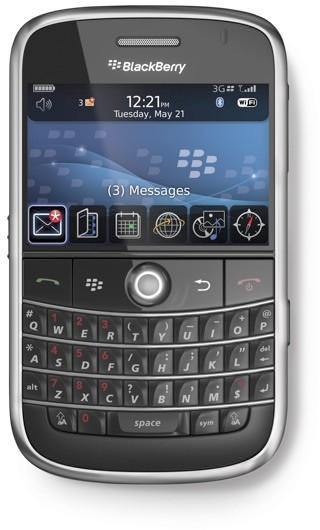 Those of you dying to get your QWERTY on with RIM's hot new Blackberry Bold can start marking your calendars and stashing cash under the cushions -- release dates and pricing info have hit the tubes this morning. As expected, AT&T will get the Bold first in July for $300, while Verizon, Sprint, and T-Mobile customers will have to wait until September. Oddly, T-Mo subs will have to cough up an extra $50, which seems a little unfair. Of course, these aren't official dates and prices, so things are likely to change, but we'd say everything seems in the ballpark, wouldn't you?

Update: We got in touch with InfoSync World, where these numbers were published, and they told us that they were making estimates based on pre-release info. So nope, these aren't close to official -- but it's always fun to dream, right?
In this article: blackberry, blackberry bold, BlackberryBold, bold, breaking news, BreakingNews, rim
All products recommended by Engadget are selected by our editorial team, independent of our parent company. Some of our stories include affiliate links. If you buy something through one of these links, we may earn an affiliate commission.
Share
Tweet
Share