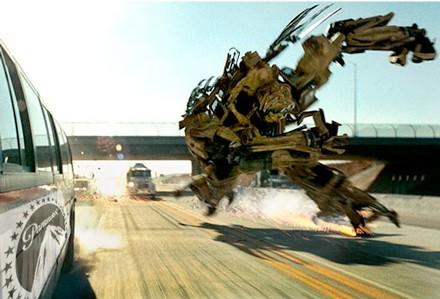 The day Michael Bay and fans of Blu-ray and big robots have all been waiting for is September 2, according to advanced, inside information obtained by TVShowsonDVD.com. Last year's HD DVD blockbuster Transformers is finally coming to Blu-ray after last fall's exclusivity agreement fell by the wayside, in a 2-disc release described as "similar" to the previous version. Hopefully that means all HDi and internet connectivity features intact, with new bits added courtesy of 50GBs of storage space and BD-Live. We expect there should be, and with a majority of Blu-ray owners using PlayStation 3s, they may even surpass the HD DVD edition's 30% internet-connected rate.

[Via Seibertron.com]
In this article: bd live, BdLive, blu ray, blu-ray, bluray, breaking news, BreakingNews, hd, hdi, michael bay, MichaelBay, paramount, transformers
All products recommended by Engadget are selected by our editorial team, independent of our parent company. Some of our stories include affiliate links. If you buy something through one of these links, we may earn an affiliate commission.
Share
Tweet
Share