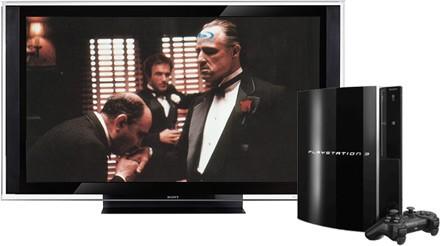 Buried under predictions that 2012 will bring dominance for Blu-ray over DVD and breaking news that the PS3 just may have had a hand in winning the format war the Entertainment Merchant's Association 2008 Annual Report on the Home Entertainment Industry holds survey results showing 87% of PS3 owners reported they watch Blu-ray movies on their console. That's a stark contrast to last year's NPD survey indicating 60% of owners didn't even know it played them. We don't know what's behind the jump, be it better marketing/consumer education, or something wrong with how one the surveys were conducted. You can mull that one over during the fast money round while also peeping results that say 22% of HDTV owners think they're watching HD programming, but in fact are not -- not like we haven't heard that before.

[Via PS3 Fanboy]
In this article: 87, blu ray, blu-ray, bluray, ema, entertainment mercha..., EntertainmentMercha..., format war, FormatWar, hd, playstation 3, Playstation3, ps3, sony, survey
All products recommended by Engadget are selected by our editorial team, independent of our parent company. Some of our stories include affiliate links. If you buy something through one of these links, we may earn an affiliate commission.
Share
Tweet
Share