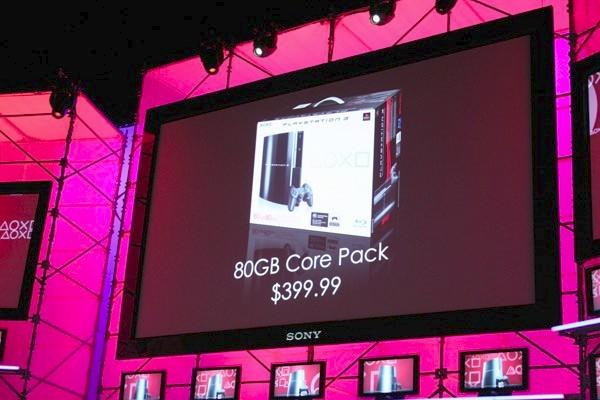 Sony just announced at E3 that it's cutting the price of the 80GB PS3 to $400 in September, and that the new model will have the "current functionality" of the 40GB PS3. So it's really more like the 40GB PS3 is getting a capacity bump, since we're taking that to mean backwards compatibility is going out the window. That also means that the 80GB PS3 now costs the same as a 60GB 360 and an Xbox Live membership, which should make the decision a little harder for some people. We're also wondering if that's the end of the line for PS3 backwards compatibility entirely -- we have a feeling launch consoles are about to get a little more precious.
In this article: e3, e3 2008, E32008, playstation, playstation 3, Playstation3, ps3, sony
All products recommended by Engadget are selected by our editorial team, independent of our parent company. Some of our stories include affiliate links. If you buy something through one of these links, we may earn an affiliate commission.
Share
Tweet
Share