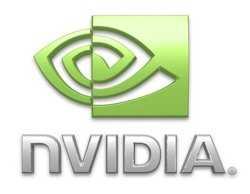 As if the whole defective NVIDIA GPU situation couldn't get any more confusing, The Inquirer is now reporting that the previous batch of bad GPUs may be far from the end of NVIDIA's problems. Apparently, four unspecified board partners are now saying that they're seeing G92 and G94 chips going bad at "high rates" as well, and in both desktop and laptop cards no less. That includes 8800GT, 8800GTS, 8800GS graphics cards, "several mobile flavors" of the 8800, "most" of the 9800 suffixes, and a few 9600 variants, all of which are based on the G92. As for the G94, it seems the only card affected is the 9600GT. Of course, none of this is nearly as set in stone as the previous lot of problems, but we have a sneaking suspicion this won't be last we hear about it.

In this article: g92, g94, gpu, nvidia
All products recommended by Engadget are selected by our editorial team, independent of our parent company. Some of our stories include affiliate links. If you buy something through one of these links, we may earn an affiliate commission.
Share
Tweet
Share