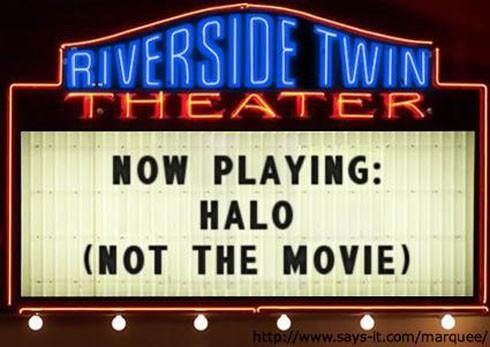 CBC News reports that Canadian theater chain Cineplex has begun renting out auditoriums at its locations during "downtime" for the sole purpose of very-big-screen gaming. The company will offer two-hour, up to 12-person rentals for CAN$179 (US$169), which includes use of a supplied Xbox 360 and games from an on-site library (although the gamer or gamers ponying up the cash can bring their own games to play on the 50' screen – how considerate!).

The CBC piece mentions that Cineplex locations generally have between 12 and 24 hours a week open for game-ifying its theaters, and that sessions of four hours or more can be arranged with management (as can extra-late-night events). The chain began testing in-theater gaming three years ago in conjunction with Microsoft, and utilizes LCD projectors capable of HD resolutions. Given the partnership with MS, we're not too sure how accommodating Cineplex would be to bringing a PS3 or Wii of your own to hook up, but we'd love to hear from any Canadian readers willing (and able) to give it a shot.
[Thanks, Kersch!]
In this article: big-screen, canada, cineplex, theatres, Xbox-360
All products recommended by Engadget are selected by our editorial team, independent of our parent company. Some of our stories include affiliate links. If you buy something through one of these links, we may earn an affiliate commission.
Share
Tweet
Share