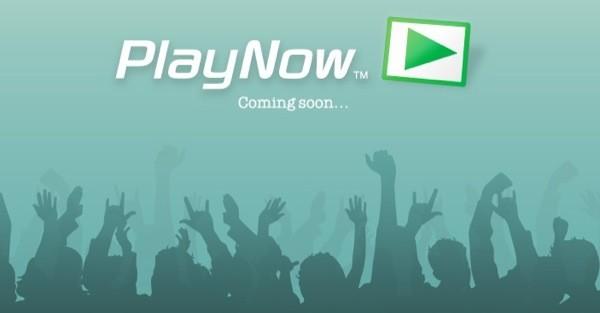 What was just a footnote to 2007 has finally come to fruition. Sony Ericsson just went live with details for the August 25th, Nordic launch of its PlayNow Arena media download site. Initially the site will offer 1 million, DRM-free songs (ramping up to 5 million) from Sony BMG, Warner Music, and EMI. It will also offer games, ringtones, applications, and themes for your mobile downloading pleasures. Other European countries will come on board later this year before it goes global in 2009. Tracks are expected to be "on par" with Apple's iTunes ($0.99 / €0.99) pricing and will cost SEK9 (about $1.43, credit card required) for the Swedish introduction. Full press release after the break.

The phonemaker's attempt at increasing its exposure to the lucrative mobile music and gaming market is seen a key step for the company that made its mark in regions such as Western Europe with its music-focused sub-brand Walkman phones and camera-focuses Cybershot handsets.

The service will first be rolled out in the Nordic countries on Monday morning, and will initially include one million tracks from the largest global music labels, including Sony BMG, Warner Music, and EMI.

All tracks will be DRM free, or without digital rights management, meaning users can move the files around between devices and convert them an unlimited number of times.

The site will expand to other European countries later this year and be global in 2009, ultimately selling five million tracks.

"If we together don't work for finding ways to take away the obstacles of legal downloads, then, this industry from a digital perspective is going to die," Blomkvist told Dow Jones Newswires in an interview Wednesday.

All tracks sold in Sweden will cost SEK9 with credit card, and others are expected to cost on par with what rival Apple Inc.'s (AAPL) charges for a song track on its iTunes site, such as $0.99 in the U.S. and EUR0.99 in Europe.

Still, Blomkvist said that even with reasonable buying terms with the biggest music labels, after paying taxes and operators for using their systems, Sony Ericsson would hardly profit from selling music.

"Had we only done music, we wouldn't have done this," he said. "The way it is set up today, very few people, apart from the record industry, are getting rich on digital music. Generally speaking, the music today isn't generating a boat load of cash for us."

He didn't give specifics, but said the margin on mobile games is much higher.

Phone sales globally are slowing, leading many phone makers to look for new ways to make money. To help cushion the slowdown, and have customers come back for upgrades, many device makers are diversifying into content and services, such as offering music, games, Internet access, and applications.

Apple's latest iPhone offers a full range of such services; Nokia's Ovi portal is the launch pad for its offerings, and BlackBerry maker Research In Motion (RIMM) has carved out a niche with e-mail, and is branching into multimedia.

"This is a good first step for Sony Ericsson, but, honestly, if this is a relaunch of PlayNow, I would have expected a bit more," said CCS Insight analyst Paolo Pescatore. "On the whole, it appears they are being conservative with a wait-and-see attitude toward the market.

In this article: breaking news, BreakingNews, drm, drm-free, europe, nordic, playnow arena, PlaynowArena, sony ericsson, SonyEricsson
All products recommended by Engadget are selected by our editorial team, independent of our parent company. Some of our stories include affiliate links. If you buy something through one of these links, we may earn an affiliate commission.
Share
Tweet
Share