Tata Indica soon to hit the streets of Norway: it's electric! 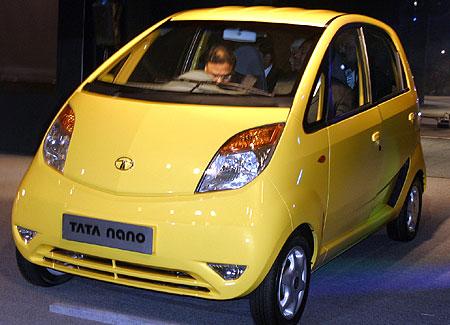 It looks like Tata Motors is taking one step forward and one step back this week, with it announcing plans to launch an electric version of its Indica hatchback in Norway within a year while also letting out word that it has abruptly halted construction of the plant in Singur, India that was to have built its budget-priced Nano compact. That latter development was apparently the result of a long-standing dispute with farmers, who are demanding the return of some of the land that was seized by the state government, and had previously caused construction of the plant to be postponed for five days. For its part, Tata says it is now apparently considering relocating the construction site, which would likely cause the planned October launch of the Nano to be delayed.

[Thanks, Samit]
In this article: indica, nano, tata, tata motors, tata nano, TataMotors, TataNano
All products recommended by Engadget are selected by our editorial team, independent of our parent company. Some of our stories include affiliate links. If you buy something through one of these links, we may earn an affiliate commission.
Share
Tweet
Share