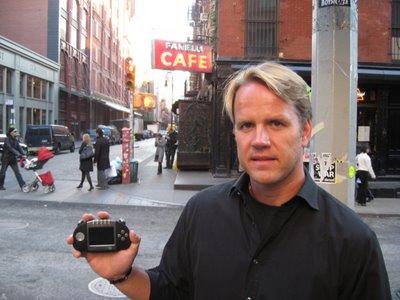 It's been a little while since we've heard from the normally very talkative Carl Freer, but the chief Gizmondo booster has now finally returned with a few new tidbits of information about the gaming handheld, which we know you've all been patiently waiting for. Most interestingly, but not surprisingly, Freer made no mention of that supposed end of 2008 release date, with him instead saying that the company plans to release the handheld's full spec list by the end of October, and that they plan to have "volume availability" of the handled by the second quarter of 2009 -- in Europe, at least. In other news, he also confirmed that the device would boast an improved camera, and that they're even planning their "own version of the Apple App Store," which would seem to be a must considering that they're apparently also going to be relying exclusively on indie developers this time around.
In this article: android, carl freer, CarlFreer, gaming handheld, GamingHandheld, gizmondo
All products recommended by Engadget are selected by our editorial team, independent of our parent company. Some of our stories include affiliate links. If you buy something through one of these links, we may earn an affiliate commission.
Share
Tweet
Share