Blast from the Past: Lunatic Fringe 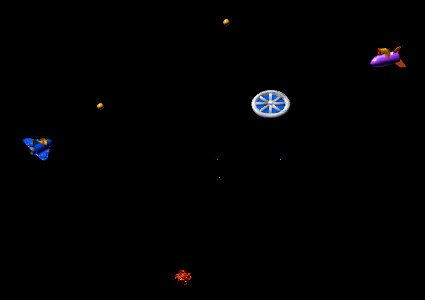 If you're a long-time Mac user, the words "After Dark" conjure memories of flying toasters, Star Trek, city lights, and -- my favorite -- Lunatic Fringe.

Lunatic Fringe was a Maelstrom-like game built-in to After Dark, a screen saver utility for Mac and Windows popular in the early- to mid-90s. Fringe Player, from Sealie Software, is a app that brings Lunatic Fringe back to your new, Intel-based Mac. It supports Leopard, and there is a version for PowerPC processors as well.

You have to obtain the original screensaver module separately, however. You can get the module from your original After Dark disks (or online, if you're clever with the Google.)

Now if you'll excuse me, my Friday afternoon is suddenly spoken for.

In this article: after, after dark, AfterDark, berkeley systems, BerkeleySystems, dark, fringe, lunatic, maelstrom, sealie
All products recommended by Engadget are selected by our editorial team, independent of our parent company. Some of our stories include affiliate links. If you buy something through one of these links, we may earn an affiliate commission.