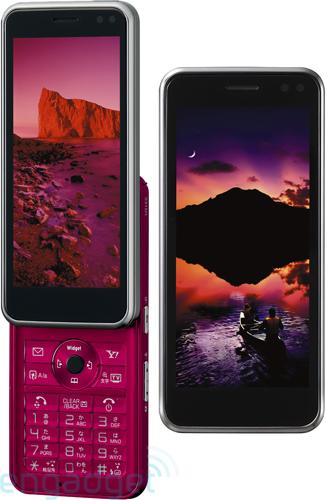 Just when we thought the Touch HD really packed the pixels in, Softbank and Sharp have announced the Aquos Fulltouch 931SH slider, which sports a wild 1024 x 480 3.8-inch touchscreen. That's almost the same res as most netbooks, for comparison -- we're not sure what all that pixel density is good for at this size, but we know we want it. Apart from the screen it's also a pretty solid 3G Softbank featurephone: browser, Bluetooth with A2DP, 5.2 megapixel camera with image stabilizer, accelerometer, 1seg TV tuner, and a media player with microSD expansion. Sure, sure -- but look at that screen, people. That's the stuff dreams are made of. Anyone up for a trip to Japan?

[Thanks, Paul]
In this article: 931sh, aquos, aquos fulltouch, AquosFulltouch, fulltouch, sharp, softbank, xga
All products recommended by Engadget are selected by our editorial team, independent of our parent company. Some of our stories include affiliate links. If you buy something through one of these links, we may earn an affiliate commission.
Share
Tweet
Share