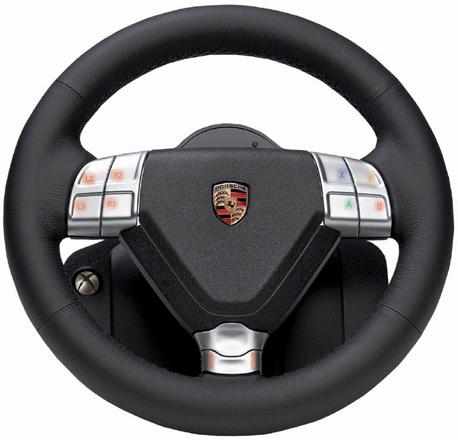 If you managed to pull in the reigns and hold off on Fanatec's wireless Porsche 911 Turbo Racing Wheel back in April, you can get a beautiful alternative right about now with even more utility. Today, the outfit has introduced the limited edition Porsche 911 Turbo S Racing Wheel for Xbox 360 -- which, contrary to its name, actually plays nice with the PlayStation 3 and PC. Of note, there are three variants from which to choose: a 911 Turbo S Edition, Clubsport Edition, and Pure Edition, all of which are licensed by Porsche Lizenz- und Handelsgesellschaft mbH and feature a 900° steering angle. You'll also find a 6+1 shifter, and if you opt for the Clubsport Edition, you'll get high-end pedals that are actually crafted from aluminum and feature a load cell pressure sensor for the brake. The pain? $250, $400 and $150 in order of mention, 90% of which is totally paying for that logo in the middle.
In this article: Fanatec, limited edition, LimitedEdition, PC, playstation 3, Playstation3, Porsche, ps3, racing, racing wheel, RacingWheel, steering wheel, SteeringWheel, wheel, xbox 360, Xbox360
All products recommended by Engadget are selected by our editorial team, independent of our parent company. Some of our stories include affiliate links. If you buy something through one of these links, we may earn an affiliate commission.
Share
Tweet
Share