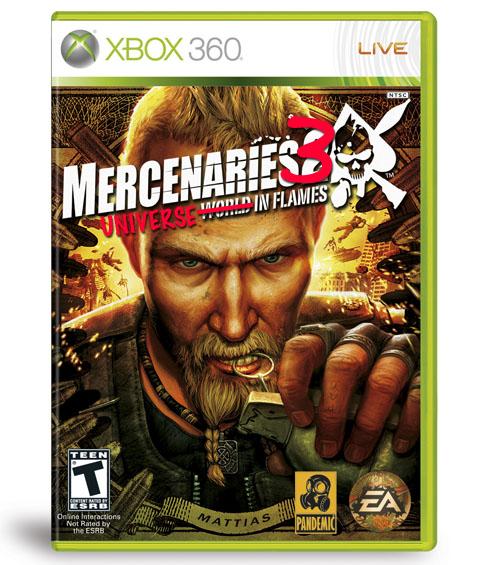 EA boss John Riccitielo is the latest company bigwig talking up more sequels, just as his publishing megalith struck gold with Dead Space, one of the best original titles it's had in years. This time it's Mercenaries, which Riccitielo confirmed will see a third installment developed by series creator Pandemic.

"There will be a Mercenaries 3," Riccitielo said during an investor call, adding, "and, if I have anything to do with it, there will be a Mercenaries 10." With nearly two million copies sold worldwide, a sequel to the open-world action game was a given ... but another seven beyond that? Mattias will be 'jacking other residents' wheelchairs at the mercenary retirement home by that point.
In this article: A2M, EA, Electronic-Arts, john-riccitiello, Mercenaries, Mercenaries-2, Mercenaries-2-World-In-Flames, mercenaries-3, Microsoft, Pandemic, Pandemic-Studios, sandbox, third-person-shooter, Xbox-360
All products recommended by Engadget are selected by our editorial team, independent of our parent company. Some of our stories include affiliate links. If you buy something through one of these links, we may earn an affiliate commission.
Share
Tweet
Share