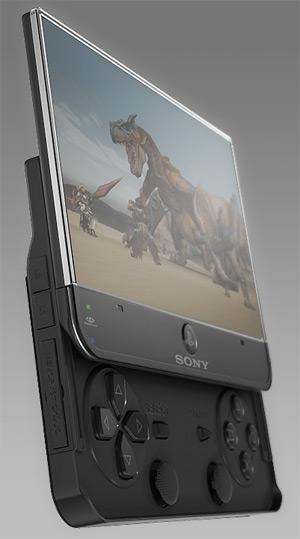 According to Eurogamer, sources close to Sony say that sometime in the future, a new PlayStation Portable will be released. While there's been no official word, the game site is reporting that there could be an update to the current PSP (which might be called the PSP 4000), and in the not-too-distant future (2010 or 2011), Sony will introduce a completely new model, confusingly dubbed the "PSP2." David Reeves, SCEE president has recently been quoted as making vague, suspicious statements such as "there are currently no plans for a PSP2," and "I go to Tokyo quite a lot and no one has referred to it - I think they have their hands full at the moment." Nice try Reeves, but If you keep up these kinds of thinly veiled allusions to a new system, we suspect it's only a matter of years till this cat's out of the bag.

Note: The above post is sarcasm. It also saddens us that we had to add this note.
In this article: david reeves, DavidReeves, psp, psp 2, psp 3000, psp 4000, Psp2, Psp3000, Psp4000, rumor, sony, speculation
All products recommended by Engadget are selected by our editorial team, independent of our parent company. Some of our stories include affiliate links. If you buy something through one of these links, we may earn an affiliate commission.
Share
Tweet
Share