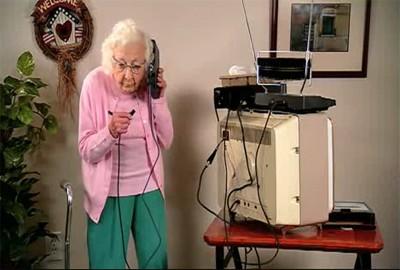 We knew it was bound to happen, and sure enough, it's happening. For the millions of Americans still waiting for their $40 voucher before buying one of those newfangled DTV converter boxes, the US Senate has just given its stamp of approval on providing them a four month reprieve as it attempts to get its act together. Oddly, there's no mention of Congress looking for new sources of funding, though we are told that consumers holding expired coupons can now request new ones. We suspect more details will flow out on all of this soon, but for now, you can bank on the digital TV transition -- originally scheduled to go down on February 17th -- now occurring on June 12th. Until it changes again, of course.

[Thanks to everyone who sent this in]
In this article: 2009, barack obama, BarackObama, breaking news, BreakingNews, congress, cutover, delay, digital tv transition, DigitalTvTransition, dtv, dtv delay, DtvDelay, hd, obama, ota, senate, switchover
All products recommended by Engadget are selected by our editorial team, independent of our parent company. Some of our stories include affiliate links. If you buy something through one of these links, we may earn an affiliate commission.
Share
Tweet
Share