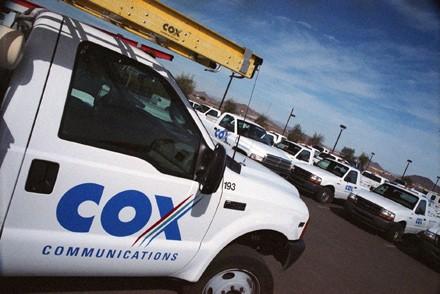 It's a sad day for Cox internet subscribers, 'cause if the FCC or some other almighty agency doesn't step in soon, your traffic could be slowed. The carrier has just announced a rather significant update to its data management policies, as it lays out plans to test a system next month that will "give priority to Internet traffic it judges to be time-sensitive, like web pages, streaming video and online games." We're also told that "file downloads, software updates and other non-time sensitive data may be slowed if there is congestion on the local network." Thankfully, "streaming video" was listed in the category that'll supposedly get first dibs on available bandwidth, but one always has to wonder what kind of juju is going on behind closed doors when a plan such as this is announced. If all goes well in the Kansas / Arkansas test markets, the system could be rolled out to all Cox internet customers (business users notwithstanding) by the year's end. Lovely.

[Via HotHardware]
In this article: cable, cox, cox communications, CoxCommunications, data discrimination, DataDiscrimination, fcc, hd, internet, Net Neutrality, NetNeutrality, throttle, throttling
All products recommended by Engadget are selected by our editorial team, independent of our parent company. Some of our stories include affiliate links. If you buy something through one of these links, we may earn an affiliate commission.
Share
Tweet
Share