What we're buying: Our WFH essentials

Which printers are worth buying? 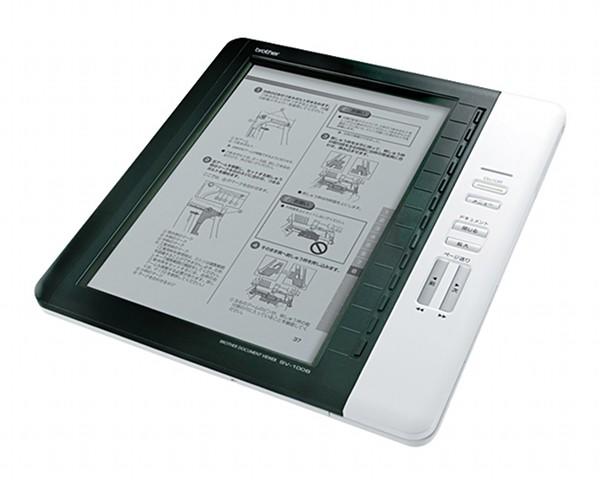 It's finally coming true; all those e-ink readers we expected would flood the market after the Kindle's initial release were apparently just waiting for its successor before jumping into the fray. Joining recent announcements from iriver, Neolux, and Plastic Logic is Brother, with the SV-100B. The company is calling it a "Document Viewer," featuring a 9.7-inch, 1200 x 825 display -- larger and stocking twice the pixels of the Kindle 2. However, it's not meant to be a Kindle-killer, instead aimed at business users who will pair this over Bluetooth with PCs or mobile devices to keep its microSD card filled with content, content that must be run through a converter app prior to display. No MSRP was announced, but given its focus on the corporate clientele it will surely be priced accordingly when it ships early this June.

Update: Will commented to let us know this will apparently retail for ¥140,000, or just shy of $1,500. So, yeah, not really aiming for the consumer market here.

In this article: brother, brother japan, brother japan sb-100b, brother sv-100b, BrotherJapan, BrotherJapanSb-100b, BrotherSv-100b, document viewer, DocumentViewer, e-book, e-book reader, E-bookReader, e-ink, ebook, ebook reader, EbookReader, sv-100b
All products recommended by Engadget are selected by our editorial team, independent of our parent company. Some of our stories include affiliate links. If you buy something through one of these links, we may earn an affiliate commission.
Share
Tweet
Share