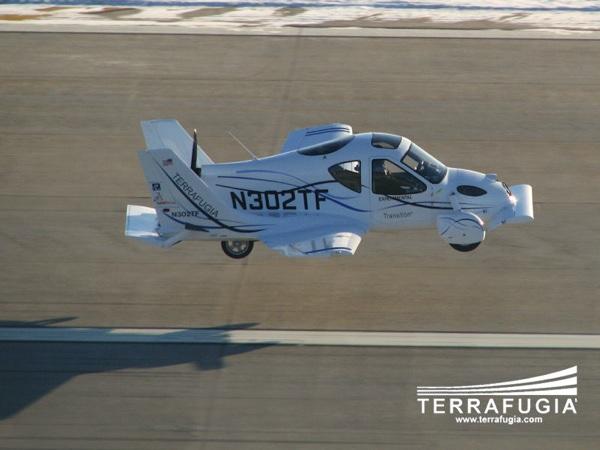 We've had a lot of fun with Terrafugia over the last year or so, but we weren't exactly holding our breath in anticipation of the Transition's maiden flight. That said, we're definitely psyched to hear that the "roadable aircraft" went airborne in a super-secret test flight that took place in the early hours of March 5th at Plattsburgh International Airport. The vehicle left the ground for a good thirty-seven seconds, traveling some 3,000 feet. At a press conference today, the company's CEO Carl Dietrich remarked that "with this achievement, Terrafugia has set the stage for personal aviation." Which, considering how folks light up I-95 on an average workday, might at first blush seem somewhat unsettling -- but to each his own, right? According to the company, more than forty people have put down the $10,000 deposit for the new aircraft, which -- if all goes according to plan -- will be hitting the road sometime in 2011. Videos after the break.

In this article: aircraft, airplane, Carl Dietrich, CarlDietrich, craft, flying car, FlyingCar, invention, prototype, Terrafugia, Transition, vehicle
All products recommended by Engadget are selected by our editorial team, independent of our parent company. Some of our stories include affiliate links. If you buy something through one of these links, we may earn an affiliate commission.
Share
Tweet
Share