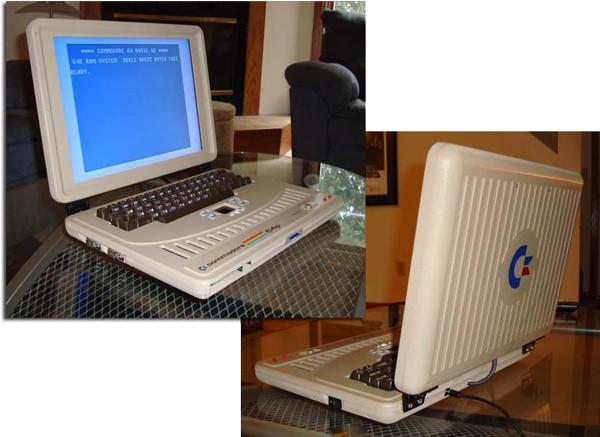 Benjamin J. Heckendorn seems unusually enthused by his latest hack'n mod, calling the Commodore 64 laptop "probably one of, if not my favorite project I have done." That's saying something from the man who brought the "Benheck" finesse hammer down upon just about every modern and classic PC / game console and accessory you can think of. The C64 lappie features a C64C motherboard, a Gamecube power supply, and special 1541-III DTV device that emulates a floppy drive using a FAT-32 formatted SD card -- all while keeping true to the beige 8-bit spirit of the original. And if we're not mistaken, he's controlling it with an Atari joystick seen in the video posted after the break. Then again, there could be an Xbox 360 controller hiding in that joystick knowing Ben.

v
In this article: ben heck, BenHeck, benjamin heckendorn, BenjaminHeckendorn, c64, c64c, commodore, commodore 64, Commodore64, hack, hacks, mod, mods, video
All products recommended by Engadget are selected by our editorial team, independent of our parent company. Some of our stories include affiliate links. If you buy something through one of these links, we may earn an affiliate commission.
Share
Tweet
Share