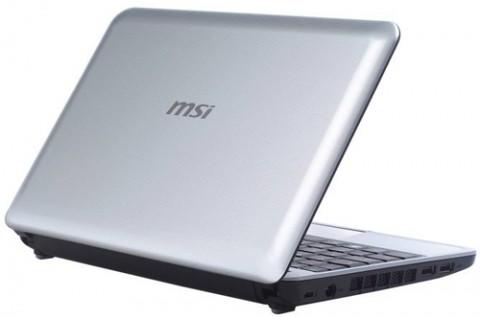 It's hardly the first netbook battery comparison to appear in the Thunderdome that is the internet, but this latest thirteen-strong round-up from Australia's NetbookReview is one of the more comprehensive to emerge as of late, with it only slightly compromised by a few netbooks that aren't available in the site's home country. Not surprisingly, the netbooks equipped with six-cell batteries came out well ahead of their less well off counterparts, with the MSI Wind U115 Hybrid leading the way with an impressive time of 6:56. That was obviously aided in no small part by the netbook's dual SSD / hard drive setup, and by a less commonly used 5100mAh six-cell battery, as opposed to the 6600mAh version used in the second and third place Eee PCs (which each clocked in around the four-hour mark). Bringing up the rear were the Lenovo IdeaPad S10 and Dell Mini 12, neither of which were able to eek out even two hours of use. As you might expect, however, all of the tests involved a worst-case scenario, so you can expect to get a good deal more juice from all of 'em if you're not spending every waking hour watching WMV files.
In this article: battery, battery comparison, BatteryComparison, eee pc, EeePc, msi wind u115, msi wind u115 hybrid, MsiWindU115, MsiWindU115Hybrid, netbook, netbook battery, NetbookBattery, six cell, SixCell, three cell, ThreeCell, u115, u115 hybrid, U115Hybrid
All products recommended by Engadget are selected by our editorial team, independent of our parent company. Some of our stories include affiliate links. If you buy something through one of these links, we may earn an affiliate commission.
Share
Tweet
Share