DARPA wants your ideas for a mobile ad hoc network, no internet please

Burner turns your iPhone into a disposable, lets you be faux-shady

PSP gets its own homebrew online gaming network, outweighs Sony's own efforts (video)

Tether for iPhone returns as an HTML5 app 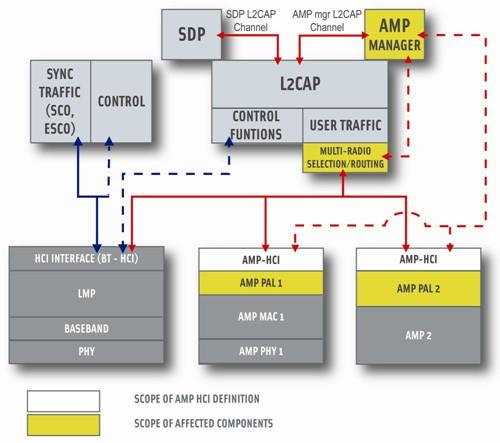 Sounds like the Bluetooth 3.0 announcement on April 21 is going to finally usher in the era of high-speed short-range data transfers -- as previously hinted, the new spec will actually negotiate a quick'n'dirty ad-hoc WiFi connection between devices if it needs to move bits in a hurry, and then turn off the spigot to save power when it's done. The idea is to leverage the speed of WiFi while keeping power usage low, and we'd say it's a pretty trick solution, since most Bluetooth-capable devices also have WiFi radios (cough, Storm). Since the ad-hoc WiFi connection is managed over Bluetooth, no actual wireless network is necessary, and the switch will appear seamless to the user -- except for the sudden increase in data transfer speeds. Yeah, it's definitely slick stuff -- we're looking forward to seeing the first devices in action next Tuesday.

[Via MocoNews]
In this article: ad hoc, AdHoc, bluetooth, bluetooth 3.0, bluetooth sig, Bluetooth3.0, BluetoothSig, bt, speed, transfer, transfers, wifi
All products recommended by Engadget are selected by our editorial team, independent of our parent company. Some of our stories include affiliate links. If you buy something through one of these links, we may earn an affiliate commission.
Share
Tweet
Share