Dell to launch smartphones in China by end of year 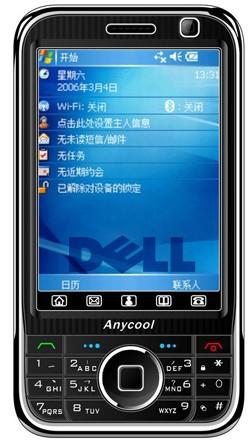 After having its prototypes rejected a few times over by carriers here in America, it seems that Michael Dell is taking his smartphone initiative overseas. 'Course, he'll need something mighty special to outshine Lenovo's OPhone over in China, but we digress. Hot on the heels of rumors galore, Reuters is reporting that Dell is indeed aiming to launch multiple smartphones in the Chinese market before the dawn of 2010. A pair of analysts have asserted that the firm is working with Chi Mei Communications -- an unlisted unit of Taiwan's Hon Hai -- on the hardware front, while China-based Red Office is engineering the operating system. Not surprisingly, spokespeople from these outfits are all remaining mum for the moment, but we are told that the US and Europe are on Dell's list of next-up launch markets assuming the China rollout goes well.

[Via MobileBurn]
In this article: Chi Mei Communications, ChiMeiCommunications, china, china mobile, ChinaMobile, chinese, Dell, Dell phone, dell smartphone, DellPhone, DellSmartphone, Hon Hai, HonHai, phone, smartphone
All products recommended by Engadget are selected by our editorial team, independent of our parent company. Some of our stories include affiliate links. If you buy something through one of these links, we may earn an affiliate commission.
Share
Tweet
Share