Apparently some shady hackers and cyber-criminals have recently started offering upwards of $30,000 for the Nokia 1100 which were manufactured at a specific plant in Bochum, Germany. You may ask yourself, "why?" Well, beyond the obvious answer (style), certain makes of the super-popular handset can apparently be reprogrammed to use someone else's phone number, allowing them to receive text messaged bank passwords (common in parts of Europe), thus making it much, much easier to steal people's money. The software flaw has been pointed out by Ultrascan Advance Global Investigations, who were contacted by police who had noted the curiously high offering prices on the old-timey candybar. Nokia has contended that it has not identified any software problems which would allow such use, so it's hard to say what exactly is going on at this point, but we'll let you know if we hear anything concrete.

[Via SlashGear]
In this article: 1100, banking, banks, cellhones, europe, hackers, nokia, nokia 1100, Nokia1100, ultrascan
All products recommended by Engadget are selected by our editorial team, independent of our parent company. Some of our stories include affiliate links. If you buy something through one of these links, we may earn an affiliate commission.
Share
Tweet
Share 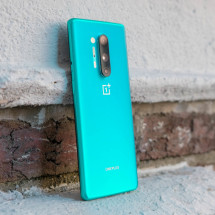