USB ultrasound device coming to a Windows Mobile phone near you? 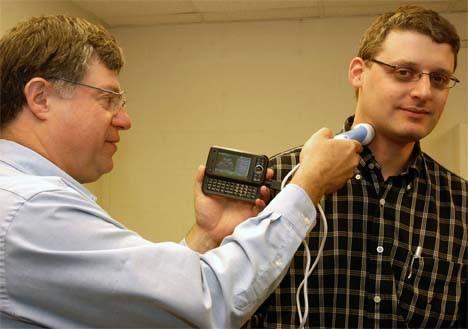 Two computer science professors at Washington University in St. Louis have produced a USB ultrasound probe which is compatible with Windows Mobile smartphones. The project, funded by Microsoft, has developed and optimized probe that uses less power, and is enhanced for data transfer rates on cellphones. The devices could be especially useful in on-the-go situations -- for ambulances, emergencies, and for use by traveling medical staff. The makers also foresee that the device could positively effect medical practice in the developing world, where equipment and doctors can be scarce, and a small, but cellphone access is ever increasingly prevalent. We don't know when these might be commercially available, but they are hoping to sell them for around $500 -- significantly cheaper than many portable ultrasounds, which can cost almost $30,000.

Update: Check out another image after the break.

In this article: David Zar, DavidZar, digital imaging, DigitalImaging, doctors, imaging, medical, medical instruments, MedicalInstruments, smartphone, ultrasound, Washington University, WashingtonUniversity, William D. Richard, WilliamD.Richard, windows mobile, WindowsMobile
All products recommended by Engadget are selected by our editorial team, independent of our parent company. Some of our stories include affiliate links. If you buy something through one of these links, we may earn an affiliate commission.
Share
Tweet
Share