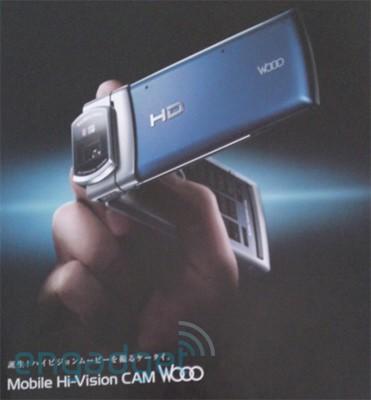 While it won't be the first handset to capture 720p video (hello, OmniaHD!), Hitachi's Mobile Hi-Vision Cam Woo is still apt to garner quite a bit of attention. As the leaked images hosted down below show, this clever flip phone packs 1,280 x 720 video recording, a 5 megapixel sensor, HDMI interface and a microSDHC slot for good measure. A generous tipster has informed us that said phone is slated to launch this coming Monday on KDDI, though we fully expect that envious North Americans won't ever get to toy with one on their home turf. For shame. 5
In this article: 720p, cellphone, hd cellphone, HdCellphone, Hitachi, japan, KDDI, leak, Mobile Hi-Vision CAM Wooo, MobileHi-visionCamWooo, pics, pictures, smartphone, wooo
All products recommended by Engadget are selected by our editorial team, independent of our parent company. Some of our stories include affiliate links. If you buy something through one of these links, we may earn an affiliate commission.
Share
Tweet
Share