Recommended Reading: The most advanced coffee lab in the world 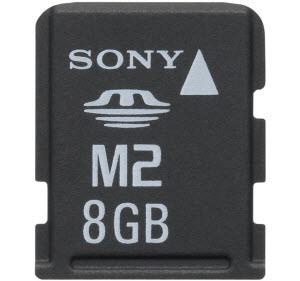 Sony Ericsson already tipped its hand by including nothing but plain old microSD in its recently announced Satio, Yari and Aino phones (not to mention the K850 even further back), but it looks like TrustedReviews has now gotten the official word straight from the source: SE is dropping Sony's own Memory Stick Micro format (or M2) in favor of the decidedly more standard microSD. While it's not clear if that'll be a clean break from here on out or not, Sony Ericsson Global Marketing Director Fortuné Alexander did say that the company is "moving in that direction," and at least a few more still unannounced handsets have apparently already made the switch. Next thing you know Sony will be dumping UMD. Oh wait.
In this article: m2, memory stick, memory stick micro, MemoryStick, MemoryStickMicro, micro sd, microsd, sony, sony ericsson, SonyEricsson
All products recommended by Engadget are selected by our editorial team, independent of our parent company. Some of our stories include affiliate links. If you buy something through one of these links, we may earn an affiliate commission.
Share
Tweet
Share