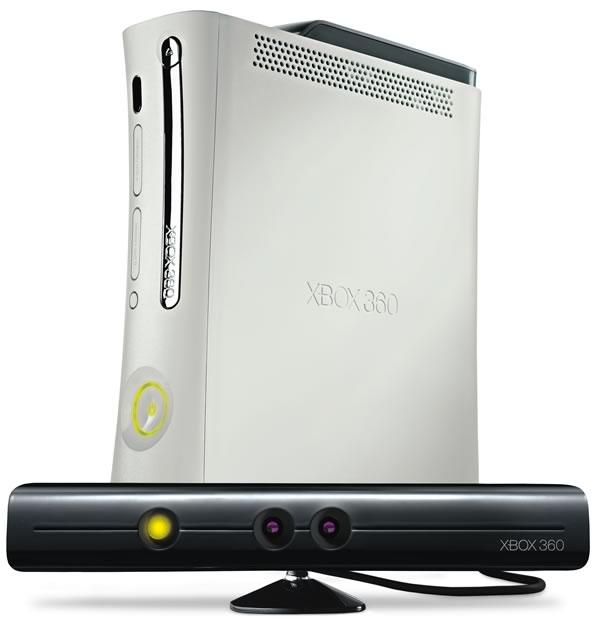 We had a chance to go one-on-one with Project Natal -- as well as its steward, Kudo Tsunoda -- and we wanted to give you a little insight on Microsoft's next big play. Plus, how could we pass up an opportunity to show off a video of us essentially flailing around like teenagers on a coffee high?

The first thing to note is that Microsoft is very protective of the actual technology right now, so they weren't letting us film or photograph any of the box itself, though what they had was an extremely rough version of what the device will look like (not at all like the press shot above). It consisted of a small, black box aimed out into the room -- about the size of a Roku Player -- with sensors along the front. It almost looked a bit like a mid-size (between pico and full size) projector.

The first demo that we played was a 3D breakout game, where the player is trying to bat a red ball (or in the case of this version, sometimes 10 red balls) toward a line of bricks at the end of a long (virtual) space. The body tracking is truly impressive -- according to Kudo, it's picking up 48 joint points on the human body. As soon as we stepped into line in front of the box, the avatar immediately took on our stance and movements. And we mean really took them on -- little gestures with our arms, the posture we had, front and back movements -- it tracked with complete accuracy. We did notice a bit of stutter during some finer movements, but overall the effect was impressive (and more than a little eerie).


The second demo was actually just a hack of Burnout Paradise, and in some ways was more interesting than the ball swatting. Kudo and his team retrofitted the racing game to take advantage of the Natal, implementing a virtual wheel for steering, and a foot forward or back as the gas pedal. The effect was nothing short of amazing -- the first time we stepped in to play it was immediately natural (save for the part about having to imagine a wheel in your hands). Sure, we wrecked the hell out of a few cars, but it was striking how easy it was to pick up the feel for it. Kudo insinuated that it would be easy for developers to incorporate this tech into pre-existing games, and we have to say, the possibilities are exciting.

After our meeting, we actually had a chance to speak with another source who was able to show us the software guts behind the Natal, so that we could understand the method by which tracking is done. The box uses two sensors for input: a video camera, and an infrared camera (that light you see in the press photo is either power, or some part of the IR setup). The infrared data is used to gauge depth and the video camera movement, but it's the software Microsoft has developed which is really doing the magic. We were shown an example of the raw output of the system, which melds the two sources and then breaks them down into a wireframe of objects, a heatmap (for depth), and a point-map (which is akin to one of those hand imprint needle toys). The software merges all of this together to create a picture of movement in the room, allowing for some pretty crazy detail of what is going on. We watched a chair being dragged into the middle of the playing field, and the software was able to continue to track the human movement, as well as that person sitting down -- it didn't break a sweat. The accuracy is far better than you would imagine it could be; it's very impressive stuff.

Obviously, Microsoft is still working out kinks and perfecting this thing, but what we saw at our demo (and super-secret demo) was mighty convincing. The demo that Sony showed of its new motion controller was interesting, but the fact that Natal is forgoing physical controls of any kind sets your mind reeling. For the other two competitors in this space, Natal could make a very, very strong rival. Ultimately it's up to developers to find truly compelling ways of using this stuff -- though they'd be fools to waste an opportunity like this.
In this article: e3, e3 2009, E32009, features, kinect, kudo tsunoda, KudoTsunoda, microsoft, natal, project natal, ProjectNatal, xbox, xbox 360, Xbox360
All products recommended by Engadget are selected by our editorial team, independent of our parent company. Some of our stories include affiliate links. If you buy something through one of these links, we may earn an affiliate commission.
Share
Tweet
Share