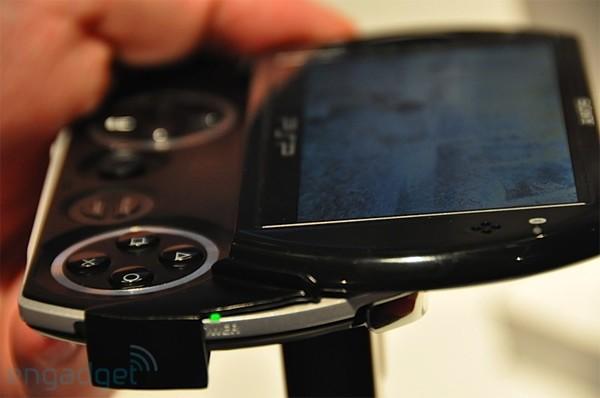 We just sat down for an interview with Sony's John Koller, who among many other interesting tidbits and factoids (more on those later) assuaged fears that our giant UMD library would be entirely forsaken. While light on details -- they're still figuring it out, he said -- there will be a "good will" program by which owners of current disc-based titles will be able to obtain digital copies for use on the PSP Go -- "a set number of titles for a set period of time," to be exact. He couldn't confirm all games, or at least all your personal collection, would be transferrable -- that might have to do with the number of digitized games they'll have at launch, which will be at least 300 but not the whole back catalog -- but despite calling it a short-term program he did say, should you receive a new UMD game later down the line, you should still be able to make the digital transfer. As for price, we're still looking to confirm something there, but they wouldn't be putting so much effort into the program if it wasn't at least for a discount, if not free.

If you happen to like your discs, Koller said UMDs aren't going by the wayside so long as the PSP is still around, but he expects digital to start taking an increasing share. Looking to the future, he confirmed all first-party titles and most third-party titles (by the developers' own volition, not a mandate) will be available as digital downloads day and date with the UMD hard copies, and yeah, despite the reduced shipping and manufacturing costs, it'll be for the same price, too.
In this article: digital distribution, DigitalDistribution, e3, e3 2009, E32009, psp, psp go, PspGo, sony, sony psp, sony psp go, SonyPsp, SonyPspGo, umd
All products recommended by Engadget are selected by our editorial team, independent of our parent company. Some of our stories include affiliate links. If you buy something through one of these links, we may earn an affiliate commission.
Share
Tweet
Share