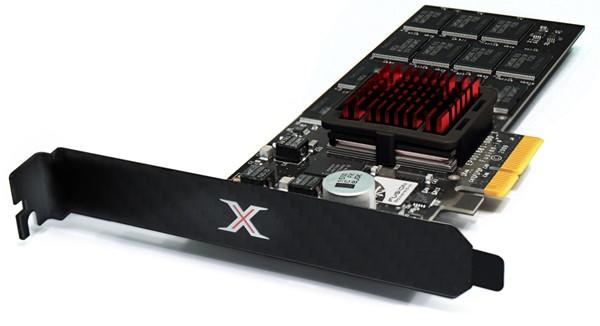 Up until now, Fusion-io's glorious creations have largely been priced out of consideration for general consumers. During E3, however, the storage gurus teamed up with Johnathan "Fatal1ty" Wendel in order to debut a consumer-level PCI Express SSD card. Engineered to provide wicked fast transfer rates within high-performance PCs, the ioXtreme is an 80GB PCI Express card that should make your traditional HDD seem absolutely antiquated. Better still, it's slated to ship next month for the not-too-terribly-egregious price of $895, which certainly gets you into the game for a lot less than OCZ's (admittedly more capacious) Z-Drive.

26
In this article: e3, e3 2009, E32009, Fatal1ty, Fusion-io, ioXtreme, pci express, pci express ssd, PciExpress, PciExpressSsd, raid ssd, RaidSsd, ssd, ssd raid, SsdRaid, Steve Wozniak, SteveWozniak, storage
All products recommended by Engadget are selected by our editorial team, independent of our parent company. Some of our stories include affiliate links. If you buy something through one of these links, we may earn an affiliate commission.
Share
Tweet
Share