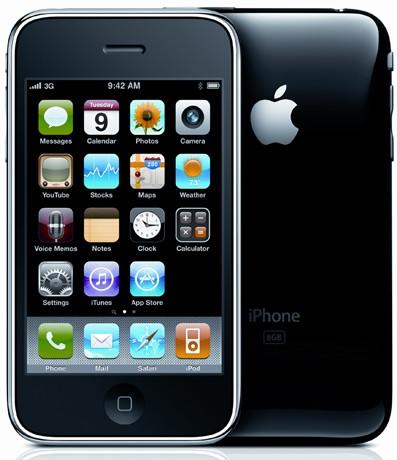 No interest in the iPhone 3G S? How's about an 8GB iPhone 3G for $99 on a new 2-year AT&T contract? That's exactly what was just announced at WWDC 2009, and yes, this new price is effective today. We're guessing any remaining 16GB iPhone 3G units will be scrounged up at closeout rates as well. Oh, and if you're mid-contract on AT&T (with any phone), you'll be asked to shell out a whopping $299 for one of these 8GB units or $399 / $499 for the 16GB / 32GB iPhone 3G S. Frankly, that upgrade deal reeks compared to the offer that was passed along to those who upgraded from the iPhone to iPhone 3G (mid-contract users paid the same as new / renewing contract users), but then again, the original iPhone was only sold in unsubsidized (and thus, crazy expensive) form.

3
In this article: apple, breaking news, BreakingNews, iphone, iphone 3g, iphone 3g s, Iphone3g, Iphone3gS, price drop, PriceDrop, smartphone, wwdc, wwdc 2009, Wwdc2009
All products recommended by Engadget are selected by our editorial team, independent of our parent company. Some of our stories include affiliate links. If you buy something through one of these links, we may earn an affiliate commission.
Share
Tweet
Share