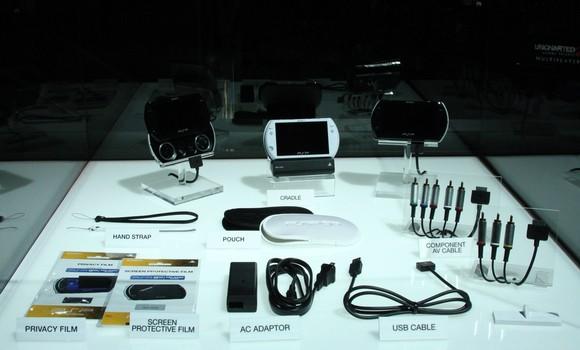 Confession time: we weren't exactly charmed by Sony's PSP Go when Sony made the thing official. It's not that we're particularly fond of UMD (quite the contrary as a matter of fact), rather we found it a little hard to stomach a slimmer device that offers nearly the same hardware as its predecessor, swapping an optical drive for more storage, yet will cost nearly twice as much. Factor in the cost of all new accessories and things get even less appealing, with confirmation that the Go lacks a standard mini USB port on top, meaning things like PSP keyboards and Sony's GPS accessory are on a fast-track to obsolescence. Even current A/V cables and chargers won't work thanks to a new multifunction port on the base -- but Sony will be quite happy to sell you new ones. Is this the price of progress, or an attempt to boost profit margins? It's not good news for gamers, regardless.
In this article: accessories, e3, e3 2009, E32009, mini usb, MiniUsb, portable audio, portable video, portableaudio, portablevideo, psp, psp go, PspGo, sony psp go, SonyPspGo
All products recommended by Engadget are selected by our editorial team, independent of our parent company. Some of our stories include affiliate links. If you buy something through one of these links, we may earn an affiliate commission.
Share
Tweet
Share