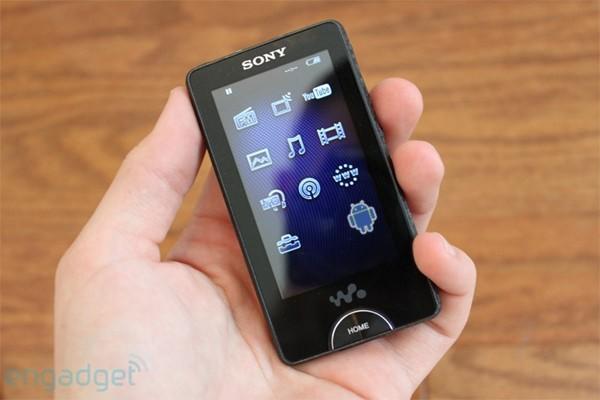 We'll admit it, we expected to be knee-deep in Android gear by now. However, it seems like the consumer electronics industry wanted to build more mature products around versions 1.5 and 2.0 of Google's open source OS instead. Regardless, we're in the thick of it now having just witnessed a deluge of Android-based smartbooks / netbooks (expected before October) at Computex and Google's own announcement that at least 18 new Android handsets will launch this year. Building upon Sony Ericsson's plan to launch its first handset based on Android 2.0, we're now hearing that Android will play a prominent role across Sony's portable devices starting with an Android-based Walkman and personal navigation device (PND) launching sometime in 2010. Engadget Japanese says that Sony's affection for Android is an "open secret" in Japan. In fact, an analyst speaking to Japan's Nikkan simply states the development of an Android Walkman and PND as fact. Not that we're too surprised by this; as demonstrated by its XMB interface now extended to a variety of devices other than the PS3, Sony is clearly trying to unify the user experience across its consumer electronics portfolio. And opting for open-source software across the board should keep costs low while increasing speed to market. Oh Android, is there anything you can't do...in Google fanboy theory?

Read -- Android Walkman (Nikkan)
Read -- Android Walkman (Impress)
In this article: android, google, gps, pnd, portable audio, portable video, portableaudio, portablevideo, rumor, sony, sony ericsson, SonyEricsson, walkman
All products recommended by Engadget are selected by our editorial team, independent of our parent company. Some of our stories include affiliate links. If you buy something through one of these links, we may earn an affiliate commission.
Share
Tweet
Share