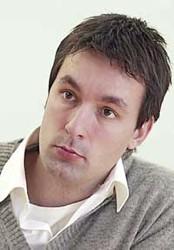 Microsoft might be busy extending and building on the Xbox 360's capabilities with Project Natal and all manner of NXE and Live updates, but it sounds like some of their third-party devs think they're running out of headroom -- in an interview with the Official Xbox Magazine, EA senior VP Patrick Soderlund said that "we've maxed out the 360 but we haven't maxed out the PS3." That's an interesting parallel to what Miyamoto was just saying about the Wii, of course, but it doesn't seem like the situation is entirely dire: Soderlund also said that he's "truly impressed" with the 360 and that he "would have a headache" if he were running Sony. Still, that doesn't bode well for Microsoft's planned 10-year 360 lifecycle if it's true -- we'll see if Redmond has something new for us before 2015 after all.

In this article: 360, e3, e3 2009, E32009, ea, electronic arts, ElectronicArts, patrick soderlund, PatrickSoderlund, xbox, xbox 360, Xbox360
All products recommended by Engadget are selected by our editorial team, independent of our parent company. Some of our stories include affiliate links. If you buy something through one of these links, we may earn an affiliate commission.
Share
Tweet
Share