Over 1 million Samsung HDTVs sold in the US last month 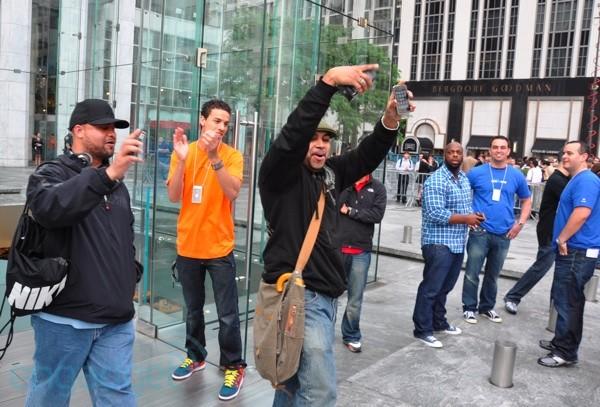 Worried that Apple might not be doing so well? Concerned the company will have to start breaking open the collective piggy banks to keep the lights on? Well rest easy, friends, as the folks in Cupertino have just issued a compelling piece of PR that will surely put your mind at ease -- one stating it managed to move a million iPhone 3G S units over the weekend. That's right, in a fashion not completely dissimilar to last year's iPhone 3G launch (though with far less hiccups), bucketloads of happy buyers flooded Apple's coffers with sweet, delicious cash money for the new smartphone. The buying frenzy was apparently even exciting enough to rouse recovering CEO Steve Jobs from his convalescent state. The seemingly-now-returned honcho is quoted (for the first time in months) in the press release as saying "Customers are voting and the iPhone is winning." Winning indeed Steve... and welcome back.
In this article: 1 million, 1Million, 3g s, 3gS, apple, iphone, iphone 3g, iphone 3g s, Iphone3g, Iphone3gS, launch, numbers, one million, OneMillion, sales, sales figures, SalesFigures
All products recommended by Engadget are selected by our editorial team, independent of our parent company. Some of our stories include affiliate links. If you buy something through one of these links, we may earn an affiliate commission.
Share
Tweet
Share