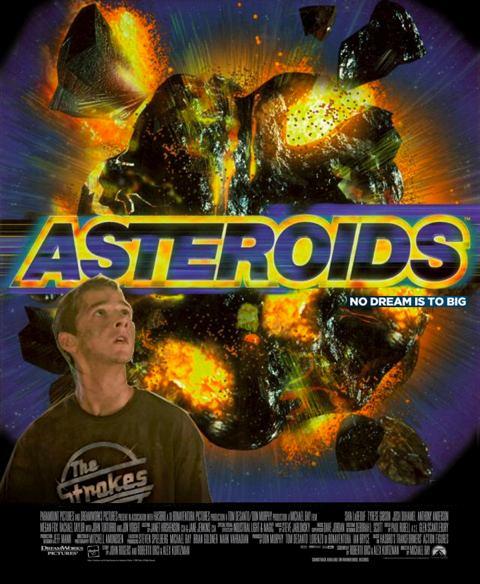 According to The Hollywood Reporter, Universal has won an all-out "bidding war" over the film rights to Atari's classic Asteroids video game. We're not entirely sure who all was involved in this "war," but the conflict couldn't possibly be prompted over the universal themes tackled by the story of the plucky little triangular spaceship and the asteroid field it inhabits. As the Reporter, um, reports: "As opposed to today's games, there is no story line or fancy world-building mythology." Michael Bay is rumored to be very interested in directing.

[Via George Ruiz]
In this article: asteroids, asteroids movie, AsteroidsMovie, atari, atari asteroids, AtariAsteroids, bidding war, BiddingWar, hollywood, hollywood reporter, HollywoodReporter, michael bay, MichaelBay, movie
All products recommended by Engadget are selected by our editorial team, independent of our parent company. Some of our stories include affiliate links. If you buy something through one of these links, we may earn an affiliate commission.
Share
Tweet
Share