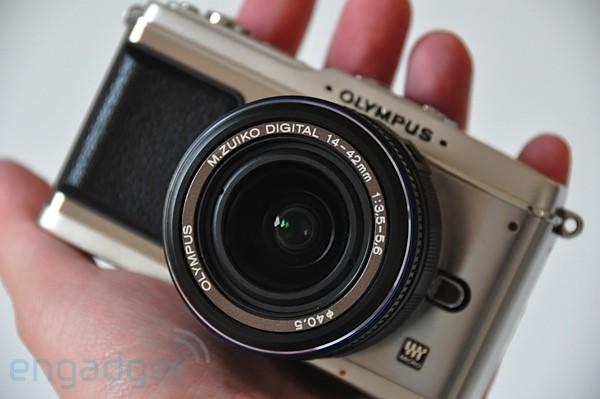 There's not exactly much in the way of specifics on either of these just yet, but the usually-reliable French magazine, Chasseur d'Image, has seemingly revealed in its latest issue that Olympus will be rolling out its E-P1 followup, the E-P2, before the end of the year, and that Leica will be releasing its M8 successor, the M9, as soon as September. The real kicker is that the E-P2 is said to be bringing with it an oft-desired viewfinder, while the M9 will reportedly be a full-frame camera, and presumably cost more than a small car. Of course, neither are anywhere close to being official, but it may not be the worst idea to stick with your current gear a little while longer to see how things shake out.

[Thanks, Tony]
In this article: ep-1, ep-2, leica, leica m8, leica m9, LeicaM8, LeicaM9, m8, m9, olympus, olympus ep-1, olympus ep-2, OlympusEp-1, OlympusEp-2
All products recommended by Engadget are selected by our editorial team, independent of our parent company. Some of our stories include affiliate links. If you buy something through one of these links, we may earn an affiliate commission.
Share
Tweet
Share