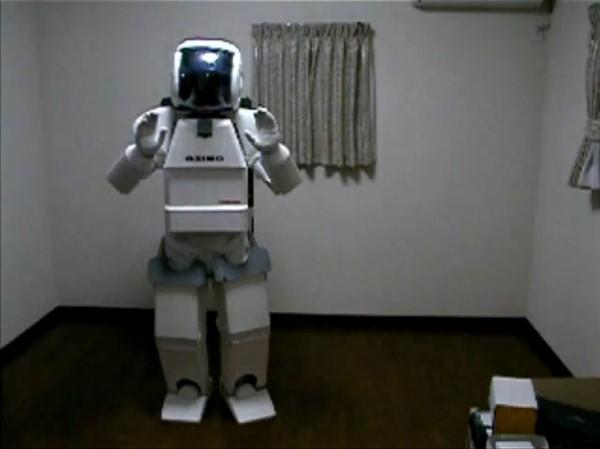 Honda may have bestowed plenty of improvements on ASIMO over the years, but it looks like an alumni of rival robot maker Waseda University has taken it upon himself to deliver some improvements of his own that make it even more lifelike, though no doubt just as prone to tumbles. The key, it seems, is to ditch the robotics and high-tech materials altogether and instead use something called "wood," which can be fashioned into a shell (or "costume," if you will) that's able to accommodate one slightly uncomfortable human. Either that, or ASIMO has been robot-napped from Honda and is now being held at an undisclosed location. Check out the video after the break to decide for yourself.
In this article: asimo, costume, honda, honda asimo, HondaAsimo, robot, robot costume, RobotCostume, waseda, waseda university, WasedaUniversity
All products recommended by Engadget are selected by our editorial team, independent of our parent company. Some of our stories include affiliate links. If you buy something through one of these links, we may earn an affiliate commission.
Share
Tweet
Share