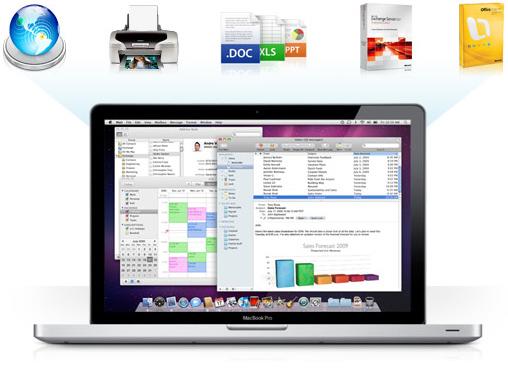 Apple, Microsoft and the Mac have an interesting history: Microsoft was among the first developers for Macintosh, yet not long after, Apple would sue Microsoft for copying the look and feel of Mac OS in Windows. By the late 90s, Microsoft made a huge splash at Macworld with an announced 150 million dollar investment in Apple and promises of further development of Office and Internet Explorer for Macintosh. Office in particular was a major issue as it was a key requirement for business users. Early on, Office applications for Mac were far more advanced than their Windows counterparts. Excel was actually introduced for Mac users before Windows users could get their hands on it. But by the mid 90s, all that changed, the Mac versions of Office lagged behind Windows in terms of features and performance. It took forever to get things such as a common set of file formats, so that users of Office on the two different platforms could exchange documents with ease (it seems like something we take for granted but having managed and supported PC and Mac users in mixed shops, it was a nightmare to deal with). The latest version of Office for Mac, Office 2008 showed that Microsoft could produce top quality Macintosh software. I personally, think Office 2008 for Mac is the best version of the software that Microsoft has ever done (far better than Office 2007 for Windows, as it preserved the core part of the Mac UI while co-existing nicely with the ribbon UI). Obviously, however, a situation with such broad inconsistency is untenable.


It was clear that given the uneven quality of Office through the years, Apple might want to invest in its own offerings for Mac users and not be forced to rely on Microsoft to deliver key applications and services to the platform. Early on there was ClarisWorks for Macintosh (later renamed AppleWorks, an all in one integrated application) but it was clear AppleWorks was not enough. When Apple introduced Keynote for presentations, it was obvious to most that word processing and spreadsheets could not be far behind. They weren't, and over the years Apple added those applications and created their own productivity suite called iLife. The problem for Mac users in a business environment was one key feature. The ability to work with Exchange servers for corporate mail, calendar and contacts. For years, Windows users have had Outlook as the integrated client to handle that task as part of Office. Mac users had nothing. Over the years Microsoft added a roughly equivalent program called Entourage. I say roughly equivalent because it was buggy, slow and often created odd data errors (I'd regularly find some, not all, of my appointments moved off by one day -- about as bad as it gets for a calendaring program). Unfortunately, for Mac users, there wasn't much of a choice. It was Entourage or nothing for Exchange support. That is, until Apple introduced Snow Leopard. Snow Leopard adds in integrated Exchange support as a key feature and for users who need to connect Exchange servers -- and it's a reason to upgrade all by itself.

I've been using Snow Leopard for a few weeks now with our corporate Exchange server and I'm pleased to report: it just works. Simply (far easier to configure Snow Leopard to work with our Exchange server than to set up a new copy of Outlook). Within moments of entering my email address and password, all my calendar items, contacts, email, and to-do lists were integrated into the appropriate Snow Leopard apps. I haven't had a single problem with the configuration. As many reviews have pointed out, Snow Leopard has a lot of nice features but Exchange support may prove to be a killer app for Apple in helping to drive business sales -- as well as help blunt a lot of the marketing hype around Windows 7. I can't overstate how important Exchange support is. For me -- as user who's used both platforms for years -- I've been constrained to using Windows mostly because Exchange worked so much better than Entourage did. With the introduction of the latest version of iLife and Snow Leopard, I find I'm not just doing my creative stuff on the Mac, but am able to fully migrate my business use as well (I'll talk about my lessons as a swticher sometime in the future).

It's shaping up to be an interesting fall for operating systems (and of course computer sales). Apple and Microsoft are going head to head directly with new OS releases within weeks of each other. It will be interesting to see how the market will react to adopting both at once. Right now, I'm more inclined to recommend Mac owners running either Tiger or Leopard upgrade to Snow Leopard (especially when it comes to businesses -- certainly more than I would suggest XP or Vista users to make the leap to Windows 7).

In my opinion, if you're running Leopard, the upgrade to Snow Leopard is easily worth the $29 (or $49 family license). For business users, the Exchange support is worth more than the cost of the upgrade. Even at the $169 price point for Tiger users, it's a pretty strong value with the inclusion of media software of iLife, office productivity software iWork and of course, the OS itself. In fact, this is where it gets interesting. For Mac users to want to get Microsoft Office for Mac with Exchange support, that SKU has a price tag of $399. Just the Student and Home version of Mac Office is $149, that of course wouldn't include Snow Leopard (and Exchange support or the latest version of iLife). Apple's inclusion of Exchange support directly into the OS has effectively reduced the price of that feature to zero dollars. As an aside, it's ironic that Apple offers Exchange support directly with OS X now, while Windows 7 users will still need to purchase a copy of Outlook to connect to their corporate email. Apple now has a fully credible business offering with applications and support for all major corporate protocols. Combined with an OS platform that encourages in place upgrades -- as opposed to formatting your hard drive an starting from scratch -- you have some pretty strong competition for the folks in Redmond.

Don't get me wrong, I think Windows 7 is a fine upgrade and perhaps the best version of Windows Microsoft has ever done (the Vista that should have shipped, really). It's just that the upgrade is priced far too high in my opinion relative to the value it offers, especially when combined with a challenging upgrade process -- most notably for those users looking to upgrade from XP.

In the end, there's a lot to like about Snow Leopard (as we've seen in today's reviews), but it's the integrated Exchange support that's likely to drive an entirely new set of customers to the platform. As for existing Mac users, they now have one less reason to do business with Microsoft, as Apple removes one more barrier for platform adoption.

Michael Gartenberg is vice president of strategy and analysis at Interpret, LLC. His weblog can be found at gartenblog.net, and he can be emailed at gartenberg AT gmail DOT com. Views expressed here are his own.
In this article: 10.6, apple, column, entelligence, enterprise, entertainment, entourage, exchange, false, features, mac, mac os x, mac os x 10.6, MacOsX, MacOsX10.6, microsoft exchange, MicrosoftExchange, operating system, OperatingSystem, os, os x, os x 10.6, OsX, OsX10.6, snow leopard, SnowLeopard
All products recommended by Engadget are selected by our editorial team, independent of our parent company. Some of our stories include affiliate links. If you buy something through one of these links, we may earn an affiliate commission.
Share
Tweet
Share