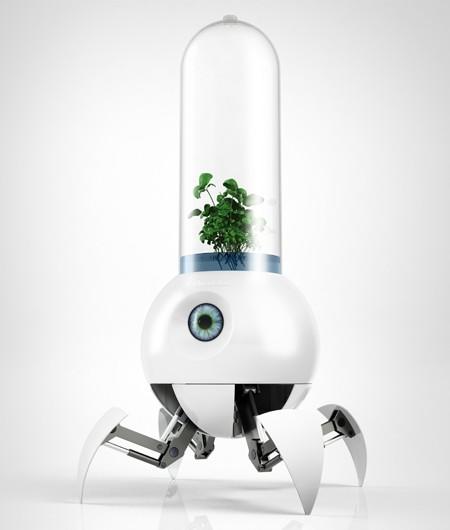 Something about Le Petit Prince, the mobile, plant-loving greenhouse robot makes us indescribably sad. Is it his one, massive adorable eye? Or merely the fact that he's named after one of the most depressing books ever written? Either way, we can't really argue with his usefulness -- the concept can carry about plants and care for them, all the while ravaging the terrain for further specimens. He's also designed to learn about the optimal growing conditions of the plants he collects, which really makes us want one to care for a certain, finicky houseplant we won't call out by name (but we're looking at you, Venus Flytrap). Check out the darling video after the break.
In this article: greenhouse, greenhouse robot, GreenhouseRobot, le petit prince, LePetitPrince, plant collecting, plant collection robot, PlantCollecting, PlantCollectionRobot, plants, robot, robots
All products recommended by Engadget are selected by our editorial team, independent of our parent company. Some of our stories include affiliate links. If you buy something through one of these links, we may earn an affiliate commission.
Share
Tweet
Share